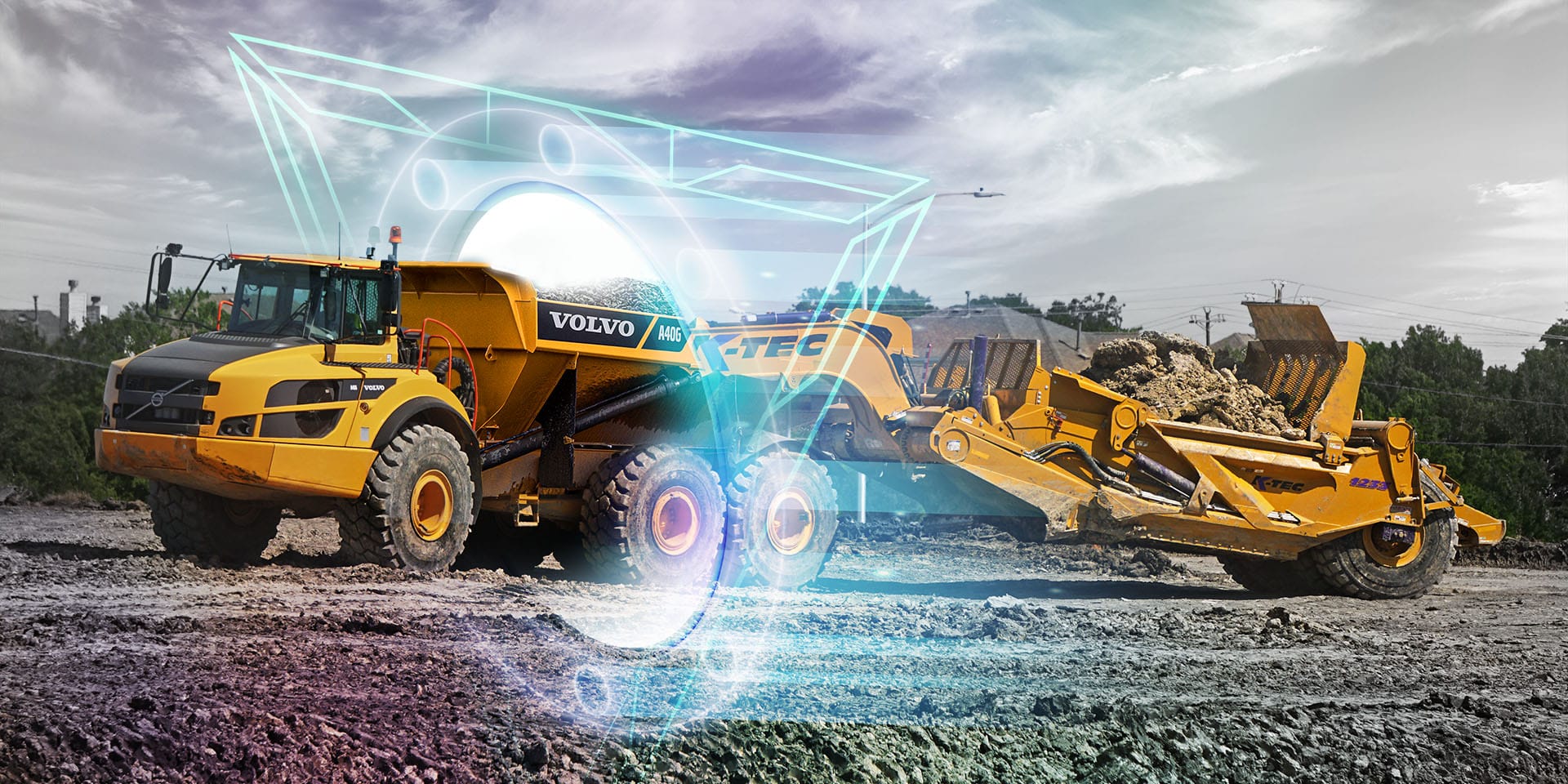 In today’s mass earthmoving jobsites, you may catch a glimpse of a common construction machine that has transformed from its traditional factory appearance and purpose. The evolved form of the machine no longer needs other machines to feed it scoop by scoop. Now, the transformer feeds itself on a diet of topsoil, sand, gravel, or clay. Some physical attributes of the machine remain the same like the snout of the hood, vision from the cab, and the six tires grabbing the ground. The distinct change of machine metamorphosis is the absence of the large dump body that typically sits atop the back, which has been shed in exchange for a hitching plate. Extending out the rear, a new tail is gained with impressive scraping abilities. In times of extreme productivity, the machine’s sharp 12’ wide blade skims into the earth and gathers up a full belly to carry to its desired disposal grounds. The machine is now self-sufficient in its ability to perform a complete day’s worth of full cycles. This is an Articulated Dump Truck (ADT) that has transformed into a Scraper Hauler Machine.

The ADT transformation process may occur in under 10 hours to remove the dump bed and install the hitching system to connect the K-Tec ADT scraper for becoming a single operator mass excavation machine. It is a fully reversible transformation procedure, so in the event that a dump body is needed for hauling boulders, the truck can easily be converted back, this versatility factor makes the K-Tec ADT solution the ultimate in fleet addition for earthmoving.

In 2008, K-Tec revolutionized the scraper market by releasing the first-ever ADT Scraper concept at ConExpo. K-Tec was the pioneer in developing the technology of hooking up a pull pan scraper to an articulated dump truck. Forward-looking contractors have experienced over a decade of advantages over their competition by utilizing an existing fleet of ADT’s and converting them into efficient, self-loading scraper haulers. 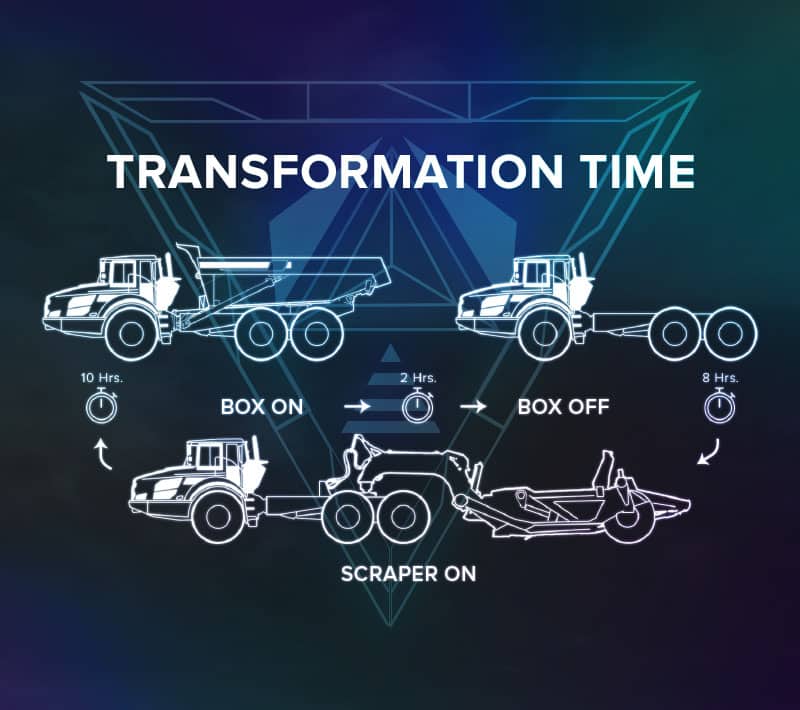 Contractors are able to convert their existing fleet of Volvo, Caterpillar, Bell, Rokbak, or Komatsu ADT’s to haul K-Tec scrapers. K-Tec’s ADT gooseneck scraper design, along with a model-specific truck hitch, alters an ADT unit to haul more material for contractors. There are great financial savings in not having to purchase an additional exclusive ADT unit to use a pull-behind earthmover. By converting an ADT into a scraper hauler, advantages are gained over smaller earthmoving equipment, as fewer trips to the dumpsite equates to money savings by trimming out wasted driving labour and fuel costs.

Not only can the trucks be utilized for a new purpose, but also that same truck driver can now easily transition into an effective scraper operator, behind the same familiar wheel. The great operator benefit of using an ADT as the scraper power unit, is that using a scraper is now a comfortable, forward-facing operation. The truck’s 6-Wheel Drive, along with K-Tec’s Scraper Automatic Cushion Ride System, enacting as a shock absorber, provides for a smooth ride for the operator, plus the ability to travel faster on the haul road for increased productivity.

With K-Tec’s ADT Scraper system, the operator’s eyes can always be facing forward by using the truck’s factory backup camera that is angle adjusted towards the cutting edge to see the material flow smoothly into the bowl. K-Tec provides additional camera kit options for split-screen view of the top of the heap or scrapers in tandem configuration.

K-Tec’s ergonomic padded armrest and multi-function joystick control are attached to the truck’s operator seat, allowing for precision and ease of operation. An operating system display in the cab provides the operator with a selection of automatic ejector modes for specific soil types and an even spread of material for excellent compaction. The variety of pre-programmed ejector modes also allows for the simplistic training of new operators. The operating system also displays automated load counting productivity and operator service maintenance reminders. Alerts and reminders pop up for the operator/service mechanic to confirm completion of scheduled maintenance tasks. Examples range from daily greasing, to tire pressure and cutting-edge checks, to ensure maximum performance of the machine.

The ability of the K-Tec/ADT combo to perform in a variety of construction project applications is another benefit for contractors. The units have been successful in the mining industry by removing overburden and hauling product in coal and gypsum mines, as well as efficiency in larger mine reclamation projects. K-Tec scrapers have been involved in the construction of cattle feedlots in the heartland of North America, community developments, large distribution warehouses, roadways, and airports across the USA. Among these numerous construction projects, K-Tec scrapers have also been key equipment in the green energy sector for transforming land use for wind farms and solar fields.

These transformer machines are not merely moving North American material, as they are spreading their impact on earthmoving sites internationally as well. K-Tec’s ADT scrapers are prevalent in the United Kingdom, Australia, Japan, Saudi Arabia, and more. Thanks to the bolt-together modular design, K-Tec scrapers may be dismantled to ship by sea container to anywhere in the world and reassembled for chewing into soil globally.

The earthmoving equipment industry is in constant evolution. Contractors need to be able to adapt to their changing jobsite demands and conditions with flexible equipment that can transform alongside their operation. The K-Tec ADT scraper solution is the ultimate transformer machine that adds instant fleet versatility to jobsites around the world. 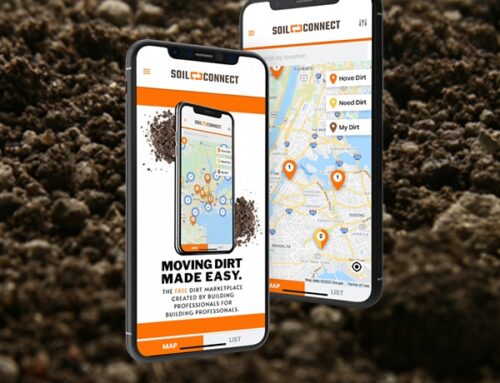