Grading as Usual and Unusual 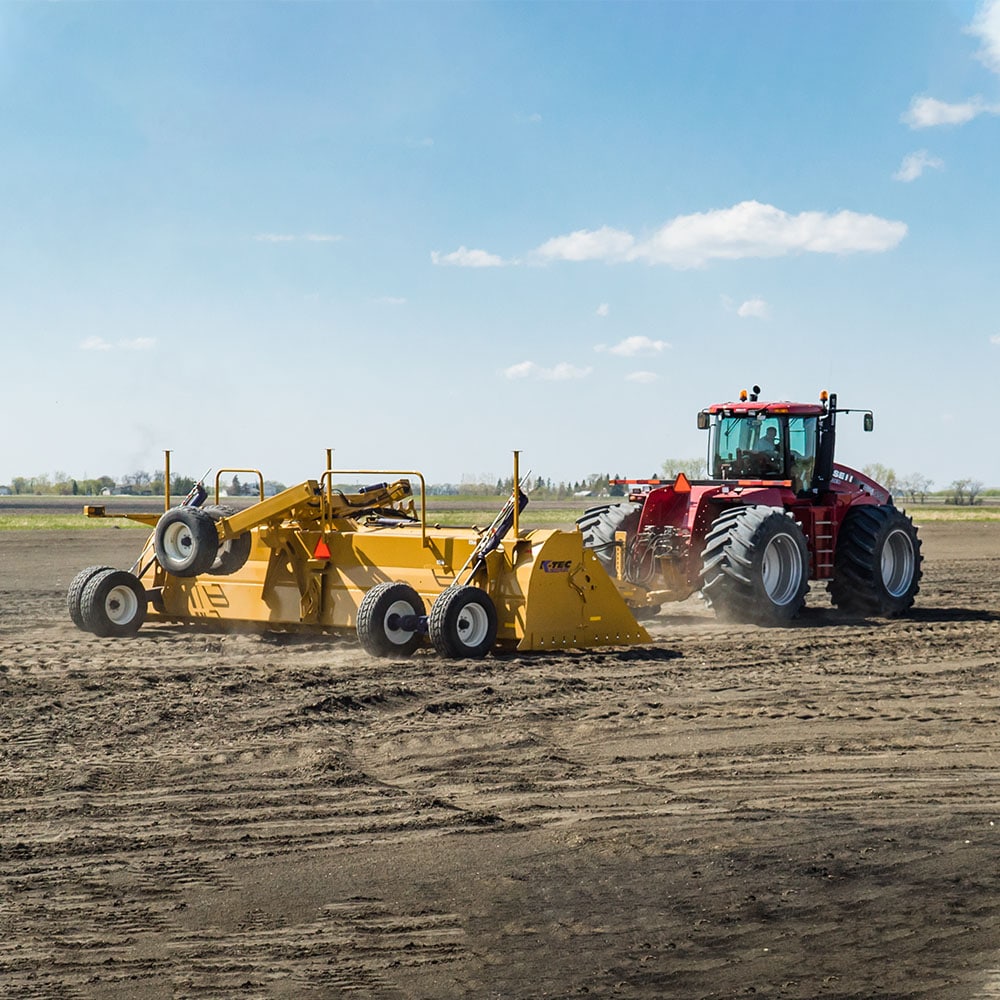 Grading as Usual
and Unusual

Be it a motor grader or pull-type grader, advances in the technology offer contractors advantages in the field.

Graders have traditionally been the most complex piece of earthmoving equipment on the job site to operate, offering blade angling dynamics and precision accuracy, points out Shane Kroeker, vice president marketing, K-Tec Earthmovers.

An entry-level operator will have better performance operating a pull grader in contrast to a motor grader, says Kroeker.

“Pull graders—commonly referred to as land levelers or land planes—are ideally fitted with GPS machine control and can even compete with motor graders in performing some finish grading tasks in most scenarios,” notes Kroeker.

No matter the type, graders are now being used for tasks they weren’t traditionally meant to do.

“Traditional motor graders are excellent at crowning roads and evening thin layers of material, but they are not ideal for dragging larger amounts of material from one spot to another,” he adds.

These days, contractors need to be able to use graders on all earthmoving job sites to optimize the performance of bulk earthworks projects and be able to complete the job right up to the finish grade, Kroeker says.

“On bulk earthworks projects, it is common for haul roads to get punched out in spots, causing rutted dips and hills,” he says. “Often it is essential to fill in these holes for a smooth haul road.”

A K-Tec pull grader is designed to be able to pick up the material from a high point and drag it all the way into the hole for fixing problems on the haul road.

Given the need for more efficient transportation of equipment between job sites, K-Tec’s pull graders have foldable hitch poles so that they may be easily loaded up on a trailer and transported between job sites with a pick-up truck for a legal width load, says Kroeker.

While contractors are expanding their work tasks to non-traditional uses for graders, the modern grader continues to serve as a critical piece of equipment for traditional jobs, but even more efficiently.

The technology enables contractors doing work on pads to obtain the end result more quickly and with fewer passes.

K-Tec offers pull grader land leveler units ranging from 12- to 28-foot widths that are to be attached behind an existing tractor in the contractors’ fleet, says Kroeker.

“Depending on the model, high-horsepower tractors can drag between 9 and 22 cubic yards of material with K-Tec’s large moldboard drag box design. Tractors also have large wheels or tracks that are easier to navigate and maintain rugged earthmoving job sites than traditional motor graders,” he says.

“This is an efficient and affordable way for contractors to get more value out of their existing pieces of equipment with a smaller capital expenditure up front as well as having greater retained resale value once the contractor chooses to sell the grading equipment.”